Whew, okay that was a lot of emoji’s there BUT y’all get it. We’re excited for Halloween! And in an excess of autumnal holiday warm feelings, we’re asking folks around our virtual office how long they think some of their favorite characters would survive if transplanted into a horror novel.

Check it out! (And also check out that fantastic header image made for us by a really cool person on tumblr) 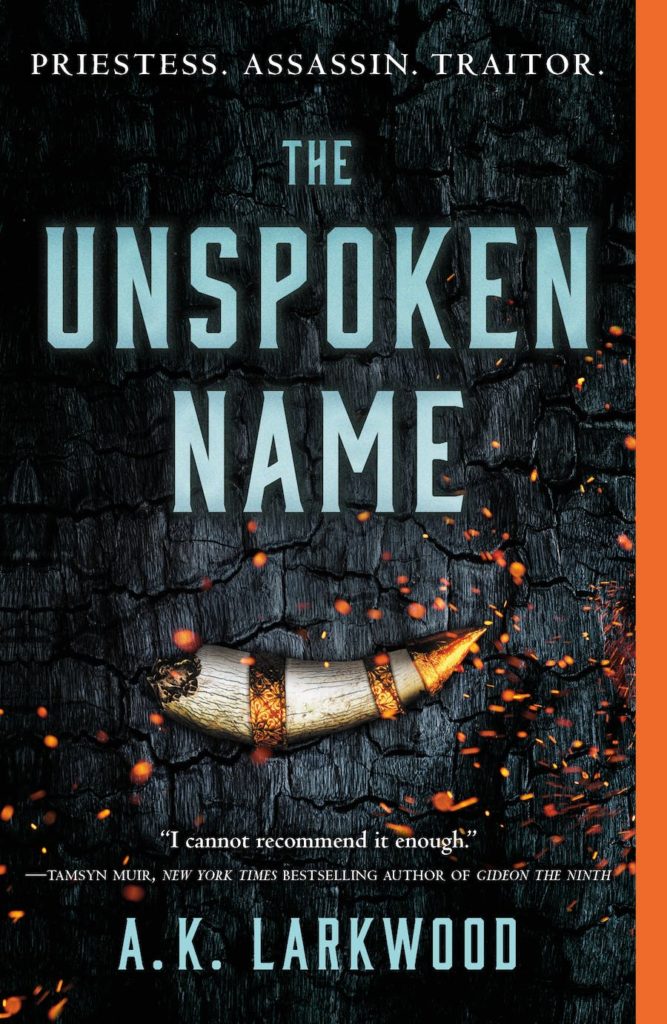 My favorite character / unrequited love interest Talasseres Charossa is as petulant and grouchy as he is brave and gay. He’s gone toe-to-toe and steel-on-steel with god(s) and garbage wizards, but would he survive a horror novel? Unfortunately not. Let’s be real. He’s gonna trip and fall into a patch of evil quicksand, or willingly surrender to a hot vampyre lord of advanced age. Would this chicken survive? Absolutely. This chicken would be the VILLAIN of the horror movie. But just as the protagonists wipe the blood off their brows and the sun breaks over the horizon and hope seems to burn anew, the camera would slowly pan to the side until we are greeted with the beady black eyes of the demon-chicken. You will gaze into those eyes and witness the abyss, understanding that the true horror is that we will never escape from its fowl [sic] clutches. So I know my favorite character and general light of my life, Viv from Legends & Lattes, would absolutely DEMOLISH anything that came at her in a horror novel. A bad-ass orc barbarian who’s spent years on the road packing steel and raising hell as a sword for hire? Yeah, she’ll be fine. PLUS she has a cozy coffee shop filled with lattes, giant cinnamon rolls, and other treats to make it home to. What other motivation does she need? 💪 Back again with another character because authors are simply too good at their game and have created too many favs. Next up, I’m choosing Charlie Hall from Book of Night and I’m saying she’s Final Girl™️ material and she’s going to survive. So Charlie occupies a world of devious shadow magic practitioners and they’re all kind of in competition with each other to access more techniques, knowledge, and power. The presence of supernatural powers puts vanilla human Charlie at a disadvantage, but that’s why she’d survive a horror novel. She’s used to this shit, y’all. Also she’s really cool and Book of Night makes me want to buy goth clothes and get another tattoo.

For me, T. Kingfisher is the ultimate horror author. Whether she’s writing low stakes fantasy or high stakes horror, you know it’s gonna be spooky and that I’m gonna be wrapped in a blanket with a cup of tea in my paw and it’s GONNA be raining. Therefore, I choose the chicken familiar from Nettle & Bone. This chicken is literally possessed by an evil entity but only helps our protagonist princess to her end goal. The chicken only uses her evil powers for good. In conclusion, the chicken familiar is quite literally a horror novel unto herself; not only would she survive, she’d help her friends along the way, and maybe even lay an egg or two. Cold, calculating Victor Vale is as ambitious as he is intelligent. He also has a tendency to be ruthless and obsessive, willing to push the limits of his own body to the brink of death in the pursuit of powers beyond imagination. With his ability to manipulate the pain of others he may last until the grand finale of the horror movie, but his tendency to adopt kids and dogs with his former cellmate will inevitably get him killed. The real question is whether he’ll stay dead or if he might rise up in the post-credits scene to star in a horror movie of his own.