The process of writing the Symphony of Ages began on a dark, damp evening in New Orleans in 1993, at the American Library Association’s annual conference. A dear friend and colleague, the great historical non-fiction editor Ward Evers, seventy-five years old at the time, asked me to dinner at NOLA, the fabulous restaurant in the heart of the French Quarter for the purpose of discussing an idea he had about female writers and post-Tolkien epic fantasy.

We ordered a dark, clear beer called Dixie Blackened Voodoo, which he consumed a great number of, and of which I drank an inch of mine, not being a beer drinker. [The next morning he met me at the elevator on the floor of the exhibit hall, utterly unscathed by his dance with the devil of Deep South alcohol, while I felt as if I had been hit by a train.] In the course of a very delicious and strange dinner, he asked that I consider writing a work of epic fantasy for him, a genre which he felt needed some different sorts of character development, historical treatment, and the cross-genre elements of history, mystery, creeping horror, and especially romance which he felt was lacking from the then-current offerings. “Every great epic tale in history has a love story of some kind at its center, though not always a happily-ever-after one,” he opined, “from the Odyssey to the Arthurian Legend to the Thousand and One Nights. I want to experiment with that, while not losing the classic elements of battle, journey, and magic. Female characters need to more than Xena Warrior Princess or arm candy.”

I told him to drink up and largely ignored what he was saying.

One thing that did take hold in my mind, however, was the very first thing he said about writing such a fantasy series.

“Before you begin the history of a world of your own creation, you owe it to your readers to know how it’s going to turn out,” he said.
“Tell a complete story. You should map out the entire life of your new universe, from its birth to its death, and all the major historical eras, before you begin writing the prose. You will undoubtedly be surprised by how that history wrestles with you, and sometimes wins, once you begin the actual composition—characters you thought you had clearly drawn will argue with you. You can deviate from what you thought was the path. But don’t write without an endgame. Make it all tie together. You owe that to the people who invest their time in it.”

Sadly, Ward did not live to see even the publication of Rhapsody: Child of Blood, the first book of the series. But now, reflecting on his comment about telling a complete story, I think he would have been pleased.

The godfather of this series and its first editor, Jim Minz, was in utter agreement with Ward. He was its biggest supporter and its strictest critic, which went a long way toward teaching me the difference between knowing how to write and being a writer. It was shepherded through to its end by the endlessly patient Susan Chang, who gave me completely different insights, especially one that I think greatly improved the last book in the series, The Weaver’s Lament.

When I turned in the manuscript for that final book, I felt only the slightest bit emotional, as my creative process had turned to other things. But each time it returned to me in the various stages of production and publishing, I found myself becoming more and more tearful, more proud, more satisfied, more sad—the loss of the telling of this tale was a deep one. When it is finally released, I’m not sure what I will feel—relief, perhaps, or maybe grief. I will greatly miss spending time with the characters, who have become very much like family, friends, and annoying acquaintances to me.

There are two things I am happiest about in its ending. The first is the way the last book came out. Susan Chang put it this way in her initial response to me: “You have truly ended the epic in a way that seemed inevitable after finishing, but utterly unpredictable in the reading.”

The second happy thing is that I was finally able to tell the end of the tale in a way that connects it to each book along the way. One doesn’t always get to experience that feeling in the crafting of a nine-book series—it’s a deep and contentious process. But to finally hear the reactions of the early readers, most of which are non-verbal or something resembling the word “oohhhhhhhh,” is highly satisfying.

It’s hard, tiring, and, finally, rewarding playing God in your own universe.

I highly recommend the experience, however.

Buy The Weaver's Lament from: 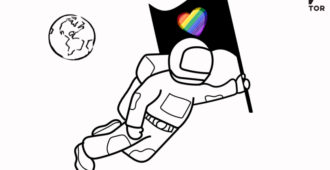 November 9, 2022 No Comments
Excerpt Reveal: The Cage of Dark Hours…