All the Birds in the Sky by Charlie Jane Anders

Childhood friends Patricia Delfine and Laurence Armstead didn’t expect to see each other again, after parting ways under mysterious circumstances during middle school. After all, the development of magical powers and the invention of a two-second time machine could hardly fail to alarm one’s peers and families.

But now they’re both adults, living in the hipster mecca San Francisco, and the planet is falling apart around them. Laurence is an engineering genius who’s working with a group that aims to avert catastrophic breakdown through technological intervention. Patricia is a graduate of Eltisley Maze, the hidden academy for the world’s magically gifted, and works with a small band of other magicians to secretly repair the world’s every-growing ailments. Little do they realize that something bigger than either of them, something begun years ago in their youth, is determined to bring them together–to either save the world, or plunge it into a new dark ages.

The Bands of Mourning by Brandon Sanderson

With The Alloy of Law and Shadows of Self, Brandon Sanderson surprised readers with a New York Times bestselling spinoff of his Mistborn books, set after the action of the trilogy, in a period corresponding to late 19th-century America.

Now, with The Bands of Mourning, Sanderson continues the story. The Bands of Mourning are the mythical metalminds owned by the Lord Ruler, said to grant anyone who wears them the powers that the Lord Ruler had at his command. Hardly anyone thinks they really exist. A kandra researcher has returned to Elendel with images that seem to depict the Bands, as well as writings in a language that no one can read. Waxillium Ladrian is recruited to travel south to the city of New Seran to investigate. Along the way he discovers hints that point to the true goals of his uncle Edwarn and the shadowy organization known as The Set.

Nightfall Over Shanghai by Daniel Kalla

It’s 1944 and the Japanese are losing the war, but Shanghai is more dangerous than ever, particularly for the Adler family. After fleeing Nazi Europe, Dr. Franz Adler and his daughter, Hannah, have adjusted to life in their strange adopted city, but they are now imprisoned in the Shanghai Ghetto for refugee Jews.

Franz is compelled to work as a surgeon for the hated Japanese military, while his beloved Eurasian wife, Sunny, is recruited into a spy ring, providing crucial information to the Allies about the city’s port. Inadvertently, Hannah is drawn into the perilous operation, just as she also becomes drawn to the controversial Zionism movement.

The Plague of Thieves Affair by Marcia Muller and Bill Pronzini

Sabina Carpenter and John Quinncannon are no stranger to mysteries. In the five years since they opened Carpenter and Quinncannon, Professional Detective Services, they have solved dozens, but one has eluded even them: Sherlock Holmes or, rather, the madman claiming his identity, who keeps showing up with a frustrating (though admittedly useful) knack for solving difficult cases.

Love is in the air at Sin du Jour.

The Goblin King (yes, that one) and his Queen are celebrating the marriage of their son to his human bride. Naturally the celebrations will be legendary.

But when desire and magic mix, the results can be unpredictable.

Our heroes are going to need more than passion for the job to survive the catering event of the decade!

A decade of peace has passed in Terre D’Ange, the country founded by the god Elua. Since the world’s most famous courtesan saved her queen from assassination, Phèdre n? Delauny has been enjoying a quiet life until a prophetic dream calls upon her to serve her gods one last time.

But what they ask may be too painful for even an anguissettte to bear. 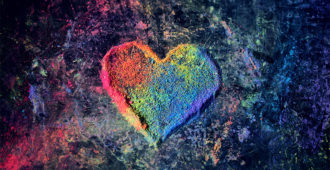