A new year is upon us, which means a slew of new books are arriving on the scene from Forge! We’re so excited to share the lineup of amazing books we have coming your way this winter. If you’re on the hunt for some books to curl up with during these chillier months of the year, take a look at what Forge has in store for you!

Matt Anthony is just trying get by. 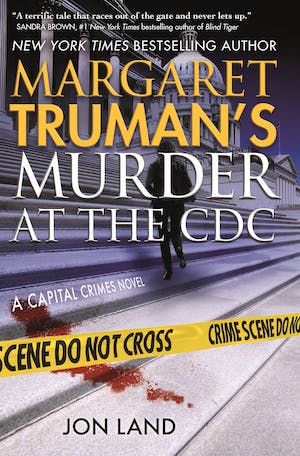 No stranger to high-stakes investigations, Brixton embarks on a trail to uncover the motive behind the shooting. On the way he finds himself probing the attempted murder of the daughter of his best friend, who works at the Washington offices of the CDC.

Brixton joins forces with Kelly Lofton, a former Baltimore homicide detective. She has her own reasons for wanting to find the truth behind the shooting on the Capitol steps, and is the only person with the direct knowledge Brixton needs. But chasing the truth places them in the cross-hairs of both Wilhyte’s legions and his Washington enablers.

The Chase by Candice Fox 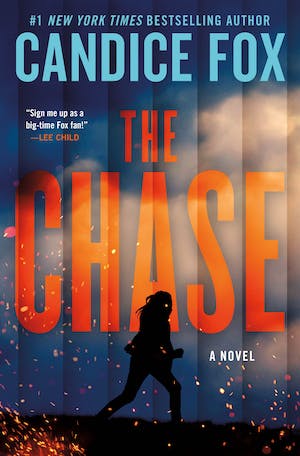 “Are you listening, Warden?”

“Which inmates are we talking about?”

With that, the largest manhunt in United States history is on. In response to a hostage situation, more than 600 inmates from the Pronghorn Correctional Facility, including everyone on Death Row, are released into the Nevada Desert. Criminals considered the worst of the worst, monsters with dark, violent pasts, are getting farther away by the second.

John Kradle, convicted of murdering his wife and son, is one of the escapees. Now, desperate to discover what really happened that night, Kradle must avoid capture and work quickly to prove his innocence as law enforcement closes in on the fugitives.

Death Row Supervisor, and now fugitive-hunter, Celine Osbourne has focused all of her energy on catching Kradle and bringing him back to Death Row. She has very personal reasons for hating him – and she knows exactly where he’s heading…

When McGarvey’s best friend, Otto, is charged with treason, Mac and his wife, Petey, set out on a desperate odyssey to clear Otto’s name. Crossing oceans and continents, their journey will take them from Japan to the US to Pakistan to Russia. Caught in a Kremlin crossfire between two warring intel agencies, Mac and Petey must fight for their lives every step of the way.

And the stakes could not be higher.

And here are some great books coming out in trade paperback!

Waiting for the Night Song by Julie Carrick Dalton 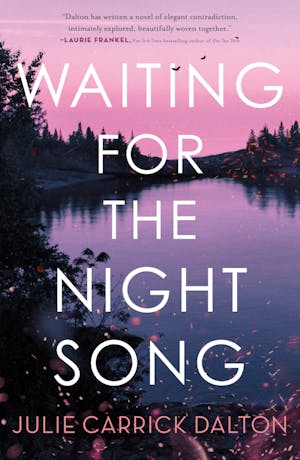 Waiting for the Night Song is a love song to the natural beauty around us, a call to fight for what we believe in, and a reminder that the truth will always rise.

My Brilliant Life by Ae-ran Kim; translated by Chi-Young Kim 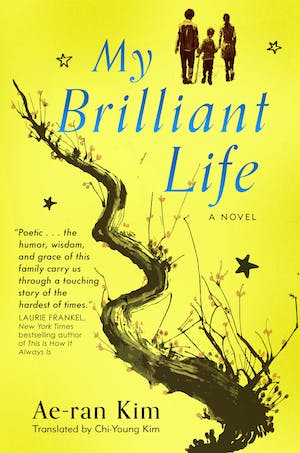 Areum lives life to its fullest, vicariously through the stories of his parents, conversations with Little Grandpa Jang—his sixty-year-old neighbor and best friend—and through the books he reads to visit the places he would otherwise never see.

For several months, Areum has been working on a manuscript, piecing together his parents’ often embellished stories about his family and childhood. He hopes to present it on his birthday, as a final gift to his mom and dad; their own falling-in-love story.

Through it all, Areum and his family will have you laughing and crying, for all the right reasons.

Everyone knows Lily Atwood—and that may be her biggest problem. The beloved television reporter has it all—fame, fortune, Emmys, an adorable seven-year-old daughter, and the hashtag her loving fans created: #PerfectLily. To keep it, all she has to do is protect one life-changing secret.

Lily has an anonymous source who feeds her story tips—but suddenly, the source begins telling Lily inside information about her own life. How does he—or she—know the truth?

Lily understands that no one reveals a secret unless they have a reason. Now she’s terrified someone is determined to destroy her world—and with it, everyone and everything she holds dear.

How much will she risk to keep her perfect life?

The Lights of Sugarberry Cove by Heather Webber 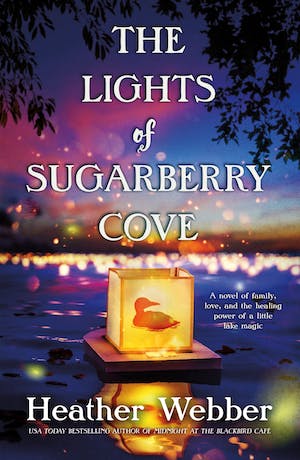 Sadie Way Scott has been avoiding her family and hometown of Sugarberry Cove, Alabama, since she nearly drowned in the lake just outside her mother’s B&B. Eight years later, Sadie is the host of a much-loved show about southern cooking and family, but despite her success, she wonders why she was saved. What is she supposed to do?

Sadie’s sister, Leala Clare, is still haunted by the guilt she feels over the night her sister almost died. Now, at a crossroads in her marriage, Leala has everything she ever thought she wanted—so why is she so unhappy?

When their mother suffers a minor heart attack just before Sugarberry Cove’s famous water lantern festival, the two sisters come home to run the inn while she recovers. It’s the last place either of them wants to be, but with a little help from the inn’s quirky guests, the sisters may come to terms with their strained relationships, accept the past, and rediscover a little lake magic.

The Widow Queen by Elzbieta Cherezinska 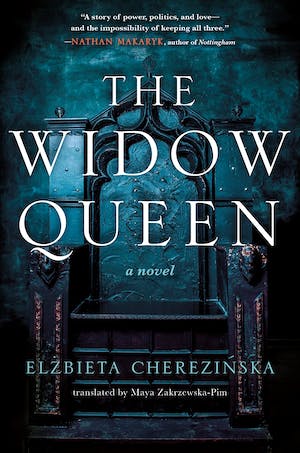 The bold one, they call her—too bold for most.

To her father, the great duke of Poland, Swietoslawa and her two sisters represent three chances for an alliance. Three marriages on which to build his empire.

But Swietoslawa refuses to be simply a pawn in her father’s schemes; she seeks a throne of her own, with no husband by her side.

The gods may grant her wish, but crowns sit heavy, and power is a sword that cuts both ways.

Comes the War by Ed Ruggero 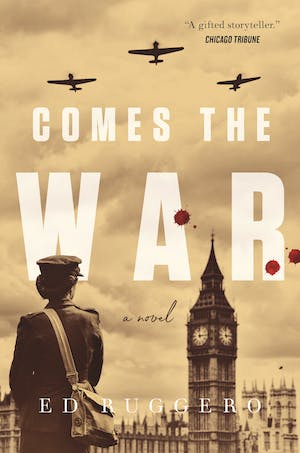 April 1944, the fifty-fifth month of the war in Europe. The entire island of Britain fairly buzzes with the coiled energy of a million men poised to leap the Channel to France, the first, riskiest step in the Allies’ long slog to the heart of Germany and the end of the war.

Lieutenant Eddie Harkins is tasked to investigate the murder of Helen Batcheller, an OSS analyst. Harkins is assigned a British driver, Private Pamela Lowell, to aid in his investigation. Lowell is smart, brave and resourceful; like Harkins, she is prone to speak her mind even when it doesn’t help her.

Soon a suspect is arrested and Harkins is ordered to stop digging. Suspicious, he continues his investigation only to find himself trapped in a web of Soviet secrets. As bombs fall, Harkins must solve the murder and reveal the spies before it is too late. 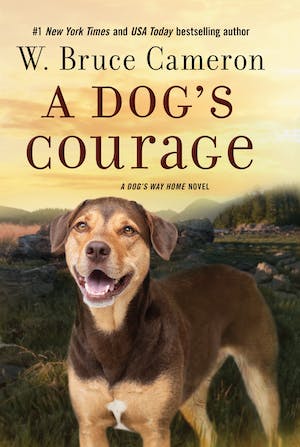 Bella was once a lost dog, but now she lives happily with her people, Lucas and Olivia, only occasionally recalling the hardships in her past. Then a weekend camping trip turns into a harrowing struggle for survival when the Rocky Mountains are engulfed by the biggest wildfire in American history. The raging inferno separates Bella from her people and she is lost once more.

Alone in the wilderness, Bella unexpectedly finds herself responsible for the safety of two defenseless mountain lion cubs. Now she’s torn between two equally urgent goals. More than anything, she wants to find her way home to Lucas and Olivia, but not if it means abandoning her new family to danger. And danger abounds, from predators hunting them to the flames threatening at every turn.

Can Bella ever get back to where she truly belongs?

A Dog’s Courage is more than a fast-paced adventure, more than a devoted dog’s struggle to survive, it’s a story asking that we believe in our dogs as much as they believe in us.

1 thought on “What’s New from Forge this Winter”